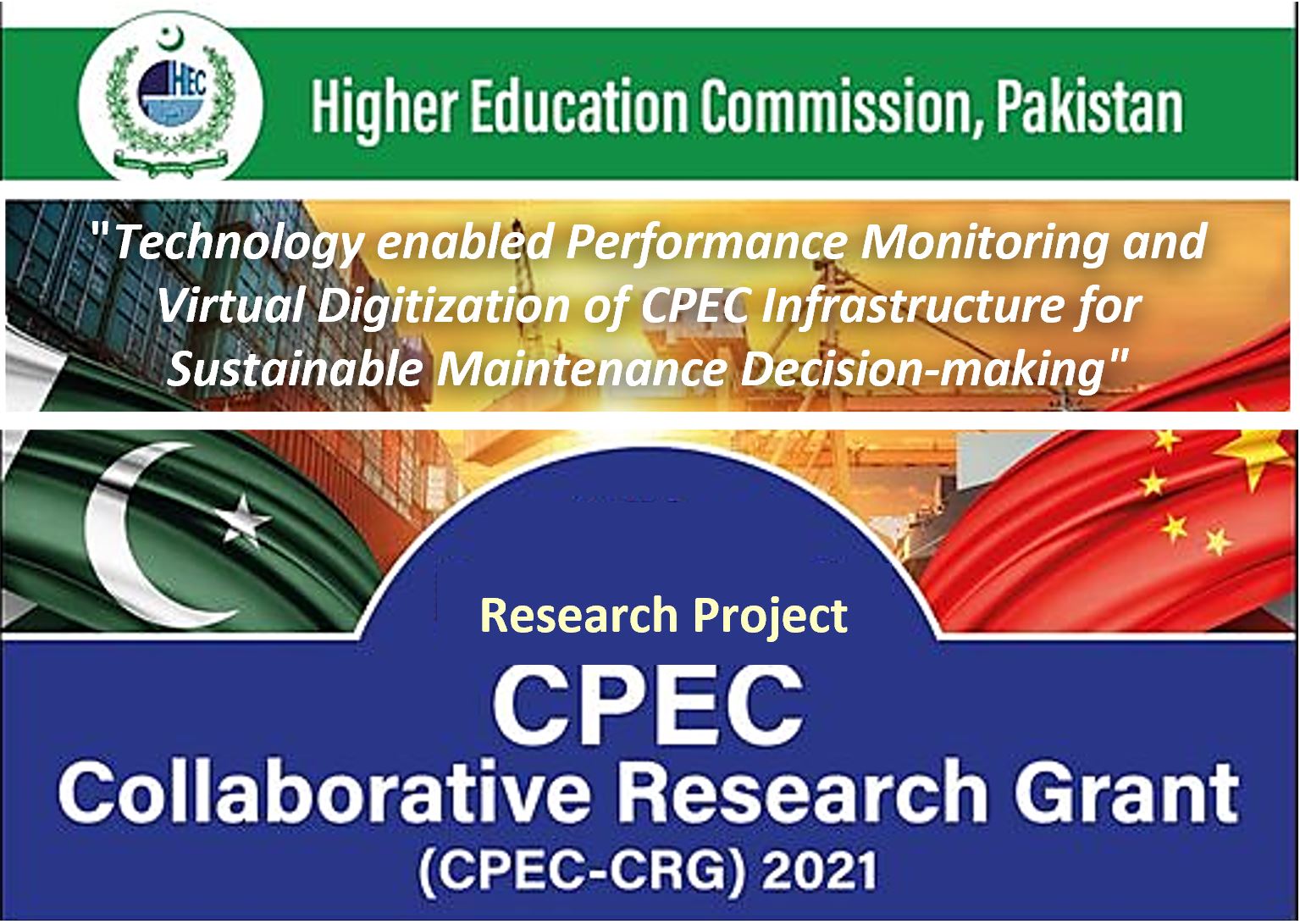 The project titled "Exploring the Use of Augmented Reality for Construction Project Progress Collaborative Monitoring" has been approved for funding by NED University-Ministry of Science and Technology (MoST) endowment research grant.

The program aims to assist final year undergraduate students of ICT related disciplines studying in the Institutions by providing them financial assistance for developing prototypes / working models of their Final Year Projects (FYP) in order to increase creativity, innovation and hands on engineering and development skills.

The students Wasay, Miqdad and Dua demonstrated project "Virtual Reality Visualization of Ocean Tides and Bulging of Earth Phenomenon" as well as explained the visitors regarding other projects at NED VR Center in this area of science. Heartwarming to see real enthusiasm and encouragement from everyone who visited the stall. More than 300 people visited the stall and got information. 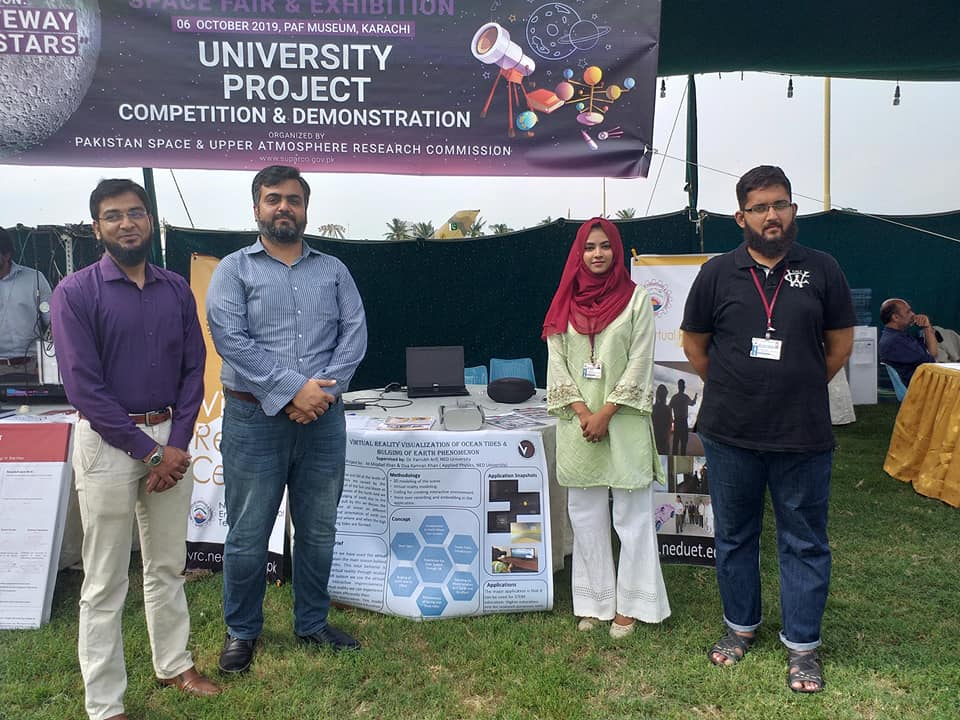 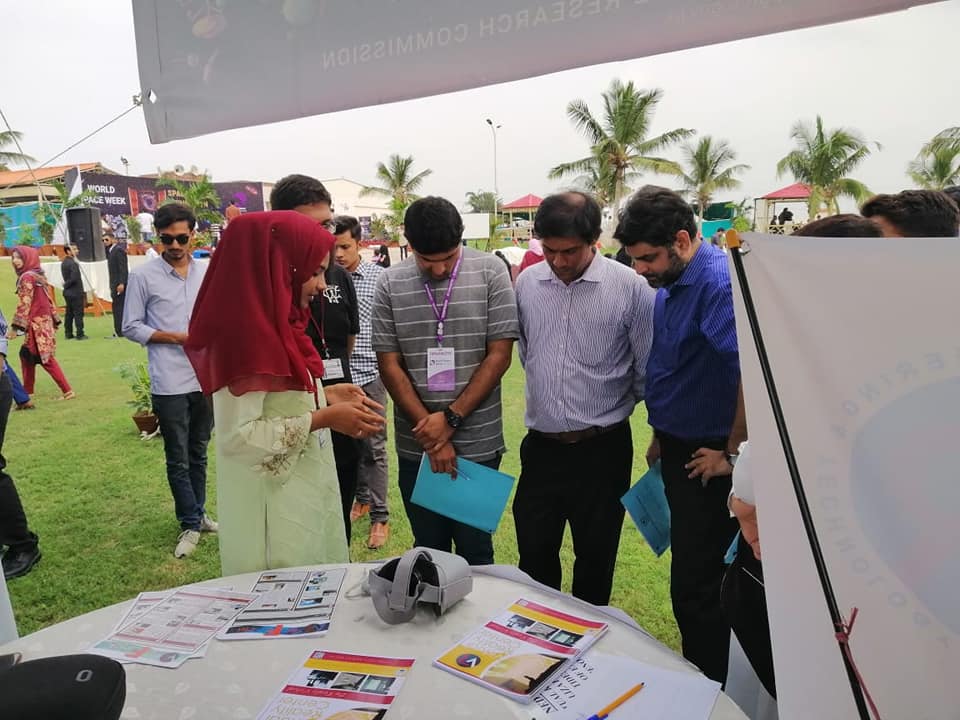 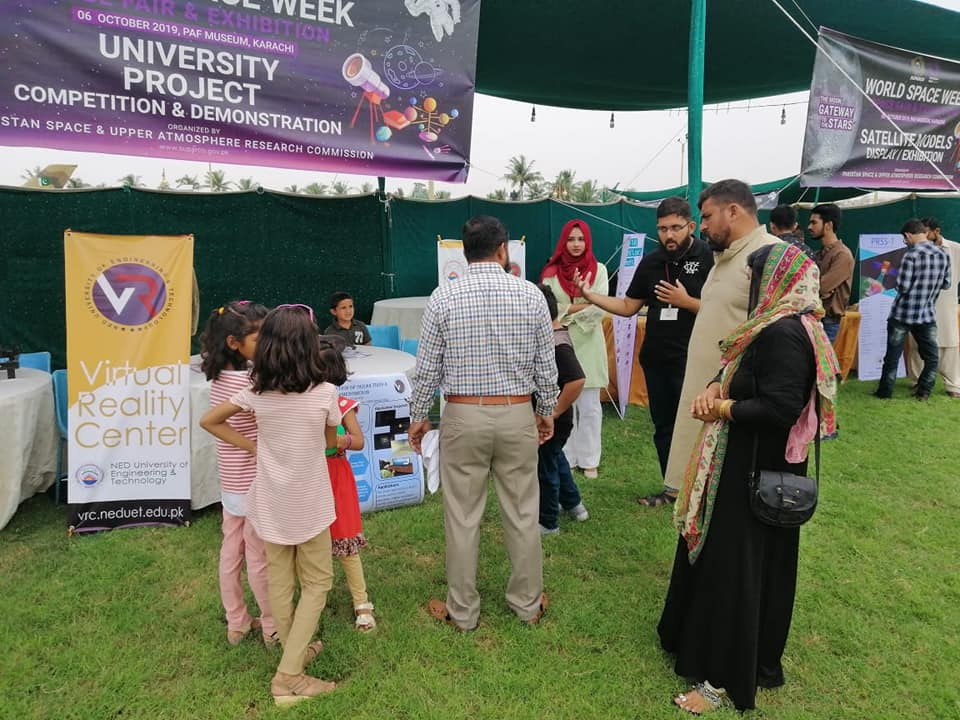 The official inaguration of NED VR Center was held on March 21, 2019. NED Virtual Reality Center was officially inaugurated by Ms. Nilofer Hameed, Company Secretary, HBL along with Vice Chancellor, NED University, Dr. Sarosh H. Lodi. A number of industry representatives were also present at the occasion. Major newspapers and media from across Pakistan covered the event. 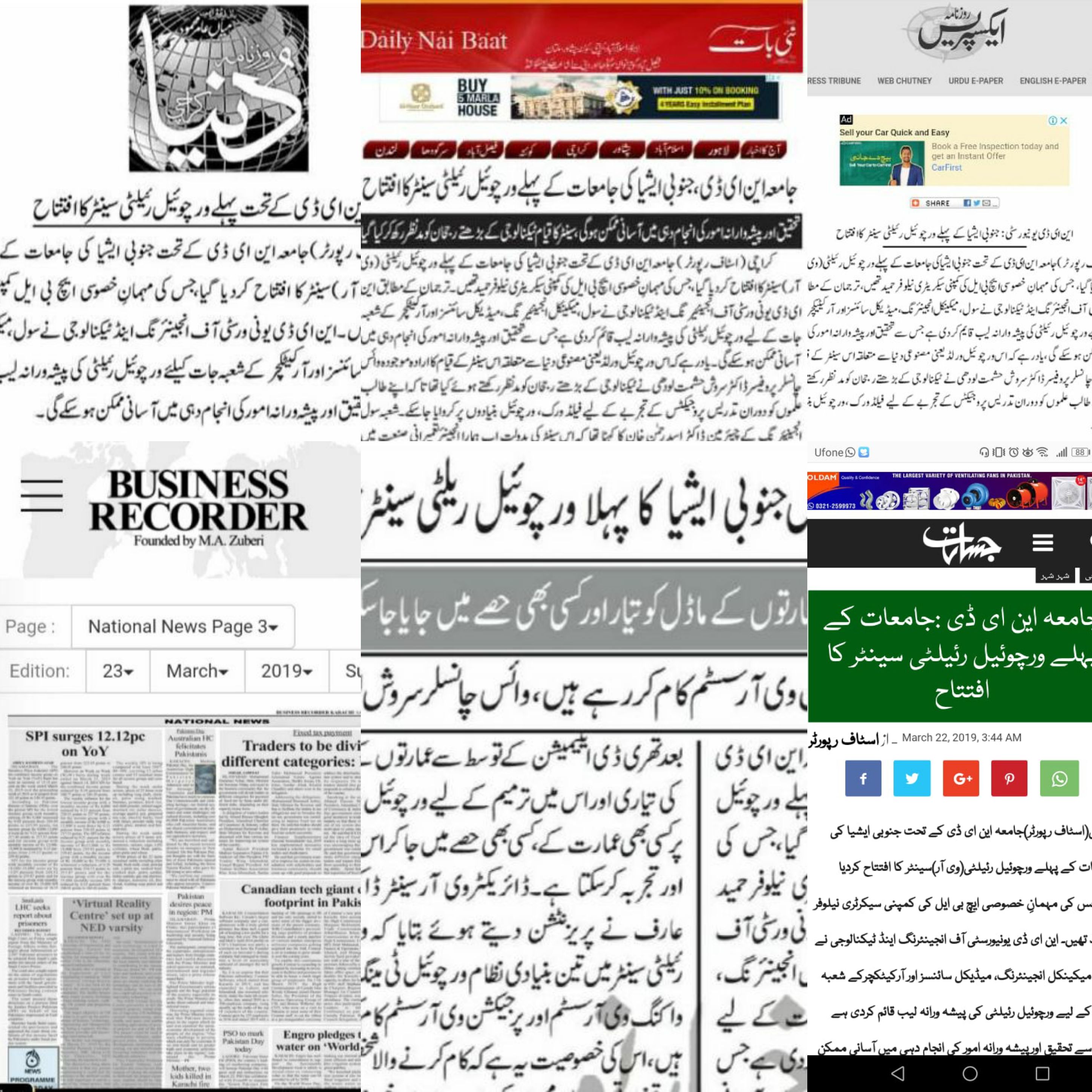 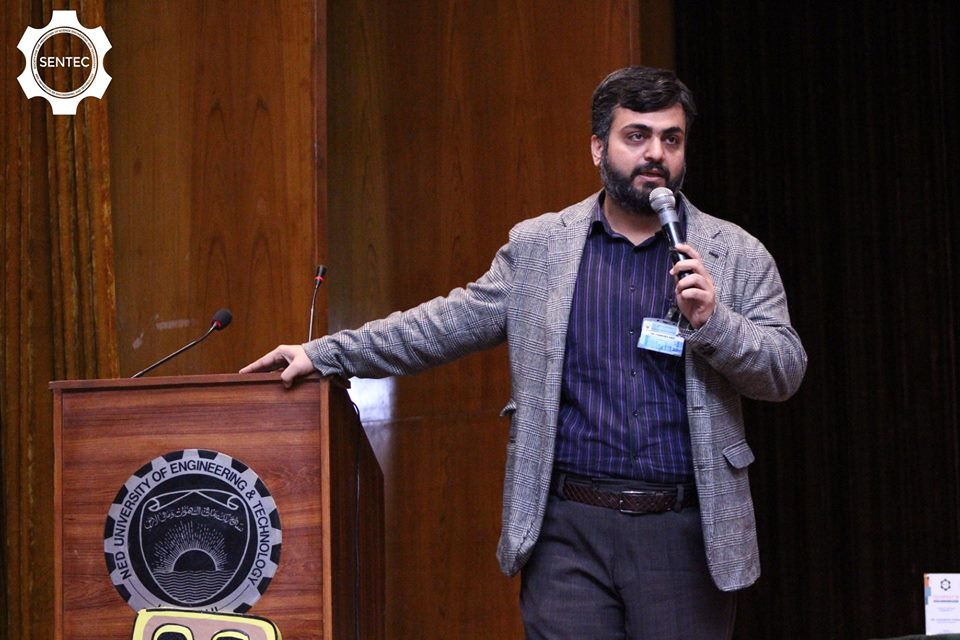 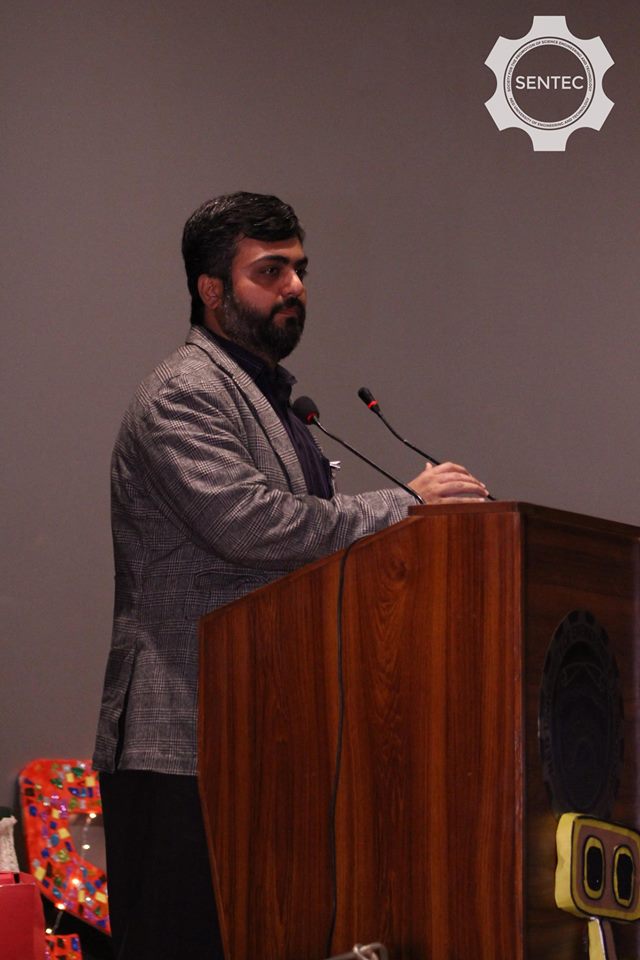 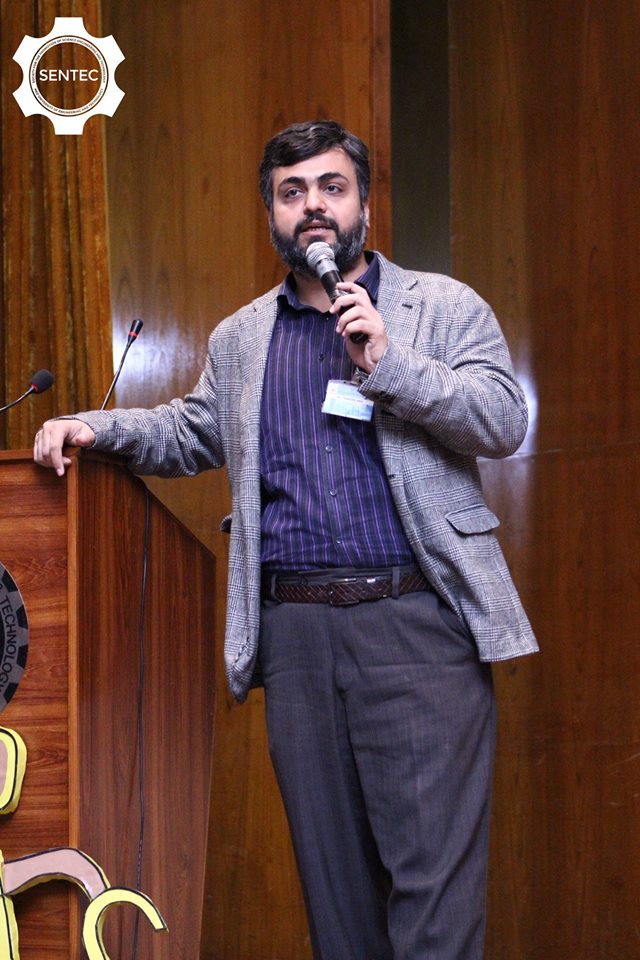 Business Plus TV Channel invited Dr. Farrukh Arif for a live interview in their program "Live Wire-IT Sector" on March 05, 2018. The topic of the discussion was Virtual Reality. The one-on-one live discussion in the program was related to application of virtual reality in the field of engineering research, education and its potential benefits for the corporate sector. Moreover, the highlights regarding the newly established Virtual Reality Center at NED University, its objectives, and capabilities was also discussed in the program.